The 33rd Annual Tour of the Gila kicked off Wednesday as teams fought for early leads in the five-day stage race, but it was Canadian James Piccoli (Elevate KHS Pro Cycling) who made a final push to outlast the steep competition.

The 25-year-old picked off two Colombian-team climbers in the final two kilometers of Stage 1’s brutal Mogollon ascent, giving it everything he had to cross the line first. He carries the leader’s jersey on his back going into Thursday’s Inner Loop Road Race.

“I was dying a thousand deaths with 1k to go, but I think everyone was,” Piccoli said. “Really happy to do it – this has been a dream of mine for a long time, and to be able to do it for the team after they put in such good hard work for me today is special.”

Piccoli, who came into Tour of the Gila with GC podium successes at the Joe Martin Stage Race and Tour de Taiwan, said he bided his time with help from his team to keep his legs fresh for the final ascent. He said he wanted to save some energy out of the wind on a flat section just before the climb.

“George [Simpson] did an unbelievable pull, and I started the climb literally first wheel, super fresh, and I really owe it to the team; they did an unbelievable job,” Piccoli said. “Midway through the race, the race split and that caught us all a little bit by surprise, but we had everyone from Elevate KHS in the split and we were all super calm and I was super well taken care of all day, and all I really had to do was ride as hard as I can for 10 minutes, so I had it pretty easy.”

But the way the race shaped up throughout the day, the finale could have been anyone’s guess. Attacks flew in the first few miles as teams attempted to send riders into a breakaway. Then two bulls nearly strode onto the course just as the caravan of race vehicles were passing; law enforcement distracted them with sirens and managed to avert a disaster. 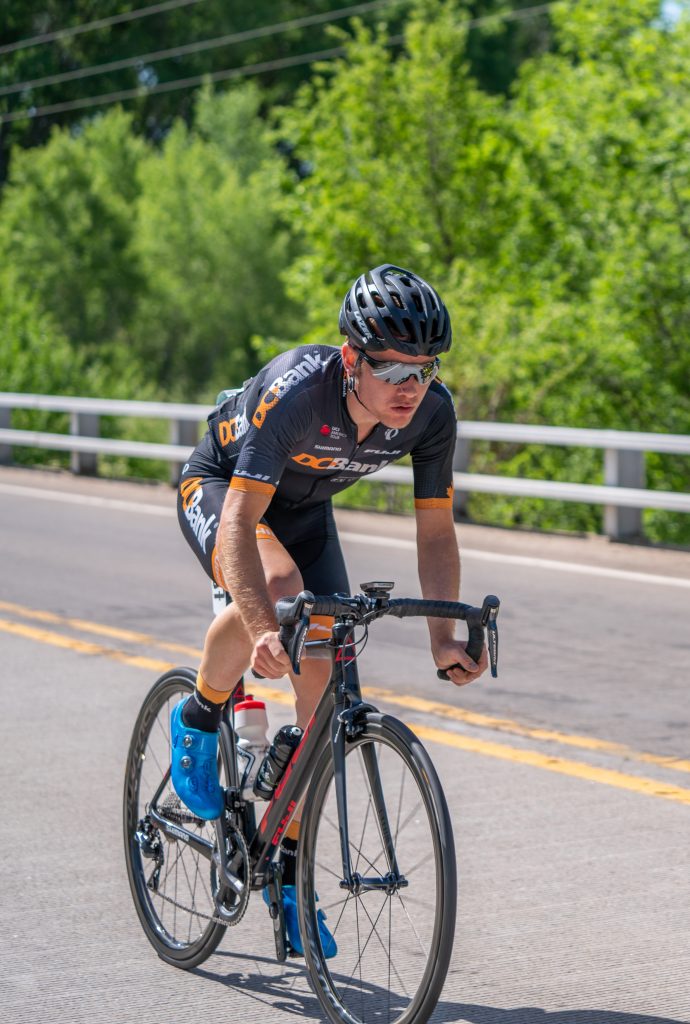 As the pack hit the feed zone, Samuel decided to hit the gas in hopes of doubling down on sprint points. The move put him in a solo break, which Michael Hernandez (Aevolo) joined several miles later.

“Coming through the feed zone, I just gave it a little dig and then Hernandez came across a couple [kilometers] later, and we worked really well together,” Samuel said.

The two stuck it out – at most with a 3-minute and 25-second gap – until the second intermediate sprint, which Hernandez took. Samuel got second place points, and Rex Roberts (Semper Porro), who was back in the field, took third place points. The peloton then swallowed them up with 28 miles to go.

As the group began to fight for the front of the field, crashes ensued, one with eight riders down and a second with one more going down. Later, Tim Savre (Project Echelon Racing) would also hit the pavement.

With 20 kilometers to go, the peloton was all back together after a split, and it made its way onto State Highway 159 toward the base of the climb. The field splintered into small groups, and at the base of the final climb Óscar Miguel Sevilla Rivera (Team Medellín) began riding away from the field. 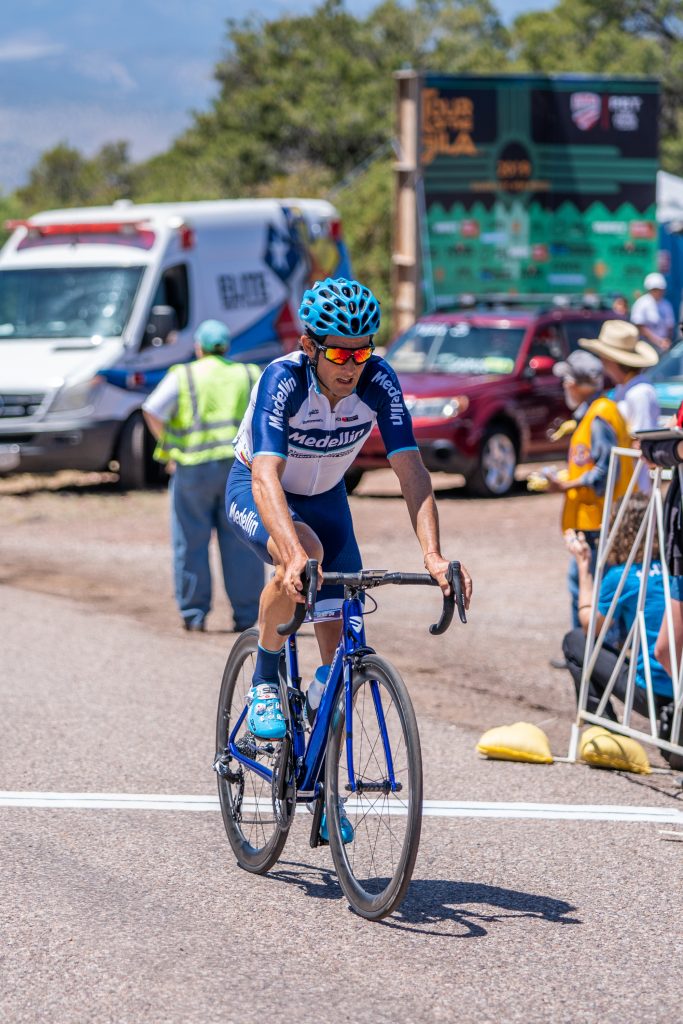 Sevilla Rivera, who is from Spain, pointed to a fracture he’s nursing in his forearm and said all in all, his team his happy with their performance. He said his team is used to longer climbs in Colombia in more humid weather, but they still thought Mogollon would be a climb they could use to their advantage against a field he considers is in top form.

“When I saw [Piccoli] at a kilometer and a half, I waited and thought I could hold his wheel, but he got away, and when it was six or seven seconds, I just didn’t have the legs,” Sevilla Rivera said in Spanish.