Floyd’s Pro Cycling’s dynamic team strategy and experience paid off Thursday at Tour of the Gila Stage 2 when the field caught six-man break and the team sent their veteran sprinter Travis McCabe to seal the deal in the last 800 meters and post up for victory.

McCabe’s teammate, Alexander Cowan, had attacked solo at about 23 miles into the race before five others joined him. When the field closed in with less than 10 kilometers to go, it was left up to McCabe’s lead-out train to deliver him to the finish.

“I was kind of hoping the break would stick,” McCabe said. “I mean it was pretty exciting racing, but I wanted to see Alec get a chance, so I mean it worked out perfectly.”

It was McCabe’s first major stateside victory this year. He recently won the sprint jersey and a stage at Tour of Langkawi. He said his team was patient as Elevate KHS Pro Cycling reeled in the break to defend James Piccoli’s general classification lead.

“They had to do a lot of work to bring it back in the last bit, which allowed us to stay fresh and go hard the last three or four [kilometers] when we hit the front,” McCabe said.

“It feels pretty great to win here again and to go one-two in today’s stage,” McCabe said. “We know this course really well. I’ve won here before, I think this is my third or fourth time winning, so I know the stage, I know when we need to go. We waited until we knew we had to hit the front and just didn’t let off the gas as soon as that was the case.”

How the race unfolded

The Inner Loop Road Race started off with nearly a five-mile warm-up over some long rollers until the first sprint point. Teams began to organize, and two familiar faces emerged — Aevolo’s Michael Hernandez and DCBank Pro Cycling’s Travis Samuel. The two duked it out yesterday for sprint points, which resulted in Samuel wearing the green jersey. 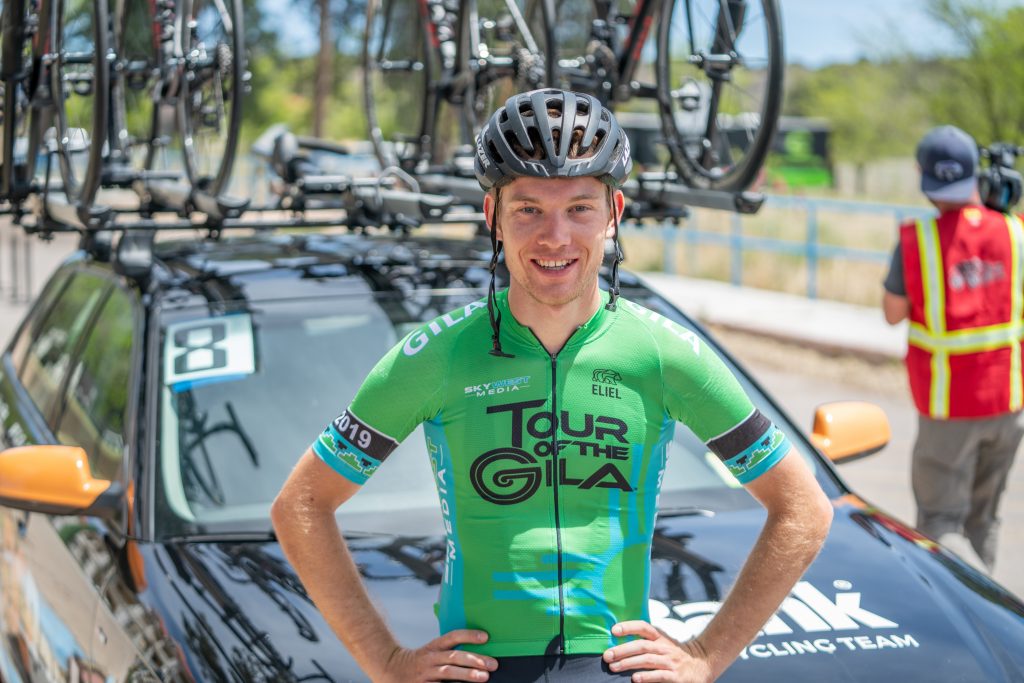 But Hernandez nabbed the first intermediate sprint Thursday, with Eric Young (Elevate KHS Pro Cycling) in second and Samuel in third. Attacks then began to fly and an eight-man break formed through some steep sections, but was quickly reeled in by the peloton.

After the first KOM, in which Team Medellín’s Cristhian Montoya Giraldo drilled it up the climb and secured first-place points, his teammate, Fabio Andres Duarte Arevalo and Tvetcov escaped down a screaming descent before the field sucked them back in with 2.5 kilometers before the second KOM.

About 23 miles into the race and just after the second KOM, which was won by Austin Stephens (303 Project), Cowan slipped away into a solo break, putting 30 seconds into the field. A few miles later, none other than Samuel bridged up to join him, and the two began working together to stay away in the remote hills. It paid off for Samuel, who won first-place points in the second intermediate sprint 41.5 miles into the race.

“Today was another hard day on top of yesterday’s hard day,” Samuel said. “I mean the first goal was to try to get some points at the first intermediate [sprint]; unfortunately, I lost to Hernandez so it forced me to have to be in the break.”

A group of four riders — David Greif (Project Echelon Racing), Chad Hall (Team California), Lance Haidet (Aevolo) and Stephens — came across the gap to join Cowan and Samuel. The six worked to grow their lead to one minute and 50 seconds to the field as Innokenty Zavyalov (Semper Porro) attempted to join them, but his efforts were snuffed out by a peloton hungry for the finish line.

At about 20 kilometers left in the race, the group’s advantage began to fizzle, and Samuel decided to attack the group to thwart the peloton’s efforts and pick up first-place KOM points.

With four kilometers remaining, the gap had whittled down to 10 seconds and the majority of the riders in the break were absorbed by the field, save for Samuel and Haidet, who launched attacks as long as they could. 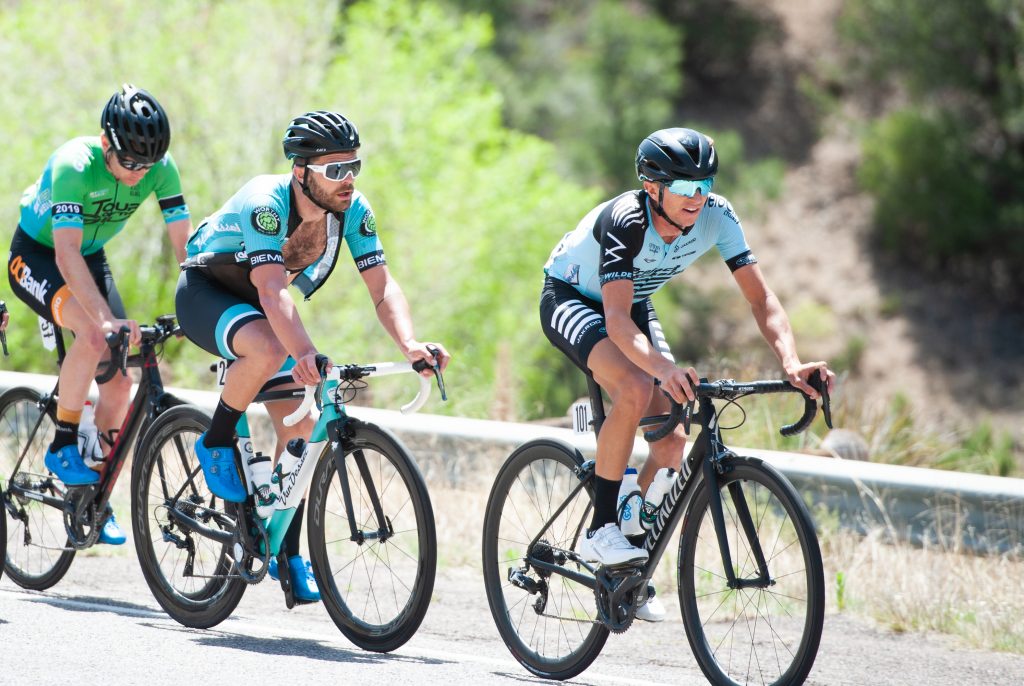 “I love this stage,” Greif said. “I knew of all the days where a break could form or the break could succeed it was today, and so I really wanted to try to get in it, and it came close. That descent after the last KOM is long. We had a minute but really needed a minute and a half or two in order to make it to the line, so we got caught 1.5 [kilometers] out.”

Haidet fended off the field until about 800 meters to go when sprint trains amassing at the front went into primetime. For Floyd’s Pro Cycling, it was now up to McCabe.

As the finish opened up into a long, flat drag, McCabe launched past Aevolo’s Hernandez and posted up for the win with Zukowsky by his side.

The peloton finished all together and GC results remained the same. They will head into the Tyrone Individual Time Trials presented by Freeport McMoran tomorrow, an optimal chance to gain time on GC.