In one of Tour of the Gila’s most competitive women’s fields to date, which includes Olympians and national and world champions, it was anyone’s game approaching the Mogollon climb as firepower crisscrossed the peloton.

But after a select few got away in the final kilometers, Australian Brodie Chapman (Team TIBCO-Silicon Valley Bank) closed in on former U.S. Hill Climb National Champion Krista Doebel-Hickok (Rally UHC Cycling) and pushed toward the line in the final 200 meters to emerge victorious.

“I just said ‘rhythm, rhythm, rhythm’,” Chapman said. “I know I can do a good rhythm, and I can finish strong, and that white line fever usually gets me. I just tried to get a bit of time near the end, but it was definitely a close race. [Doebel-Hickok] looked very strong.” 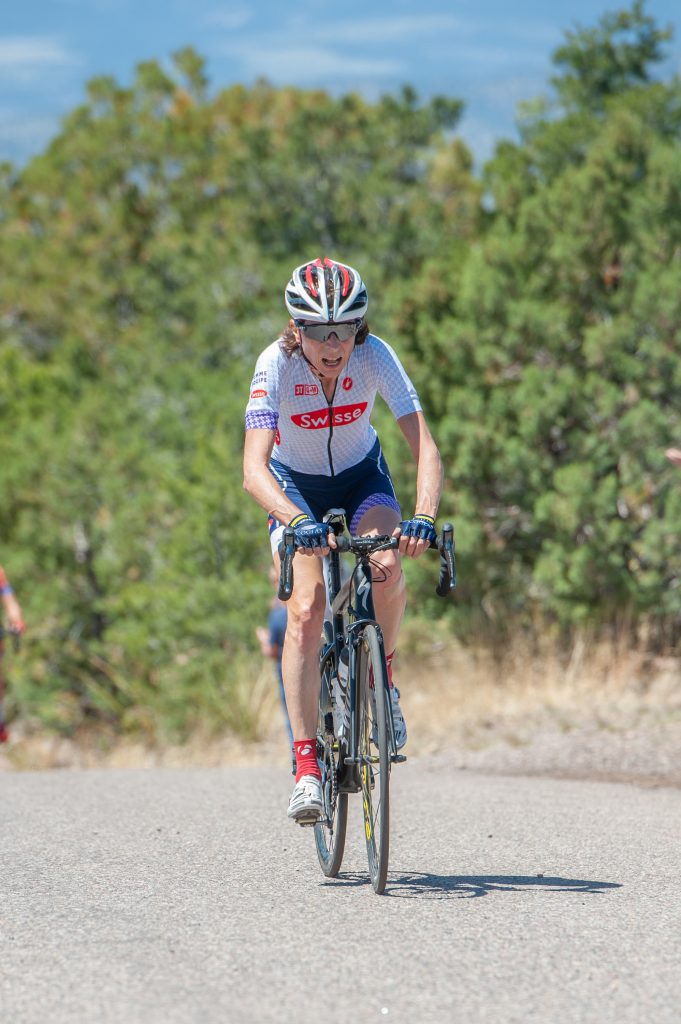 Edwige Pitel (Femme Équipe p/b Swisse Wellness), of France, sailed up to meet them, also capitalizing on Doebel-Hickok’s expended tank to steal second place. Pitel’s huge effort came from back in the peloton, and in the process, she also nabbed Emma Grant (Sho-Air TWENTY20), who had been making her way to a podium slot.

“The last 2k I just paced myself more and more, and then I could see them dying, so it gave me more strength,” Pitel said. “I did [the Mogollon climb] in training four days ago and I did it the wrong way … so I said, ‘Don’t do it again, do it the other way around, it will be better’.”

From the beginning, the race was tame as riders sized each other up, waiting for the intermediate sprints.

Both of those competitions opened up as bunch sprints, and Olympic silver medalist, multi-time world champion and recent Joe Martin Stage Race winner Chloé Dygert Owen (Sho-Air TWENTY20) quickly claimed first-place points in the first drag race and second-place points in the next one. Her efforts landed her in the sprinter’s jersey for Thursday.

With 25k to go, the peloton began to ramp up the pace and string out during a descent, with Hagens Berman | Supermint setting the pace on the front. But by 20k to go, the group came back together again with Donne Aevolo on the front.

At 4k to go teams finally began to play their cards — Rally UHC Cycling and Sho-Air TWENTY20 ramped up the pace, and within minutes, Doebel-Hickok, Grant and Chapman were riding away from the field and up the Mogollon climb.

Chapman will wear the leader’s jersey and the Queen of the Mountain jersey going into the Inner Loop Road Race – Presented by Brian & Lynn Robinson | Southwest Bone & Joint Institute Thursday.

She said her team is prepared to defend its 11-second lead.

“For sure, we come here to win bike races,” Chapman said. “We’ll give it our best crack for sure.”