Arizona’s new Secretary of State Katie Hobbs rides bikes, enters gran fondos and competes in triathlons, and on Saturday, she’ll put down the watts at the Nogales Bicycle Classic.

Hobbs, 49, has completed five triathlons, ridden in gran fondos like the Tour de Palm Springs and is training to compete in the Ironman 70.3 in Santa Rosa in July. She’s ridden bikes since her youth when she attempted to ride from Phoenix to Tucson in high school.

As Secretary of State, she succeeds the governor or fills in when he’s absent, serves as Arizona’s chief election officer, guards the state seal and executes a number of other official duties. In the 2018 election, she took her opponent to the line for the win.

We sat down with the second most powerful elected official in the state to find out what turns her cranks. 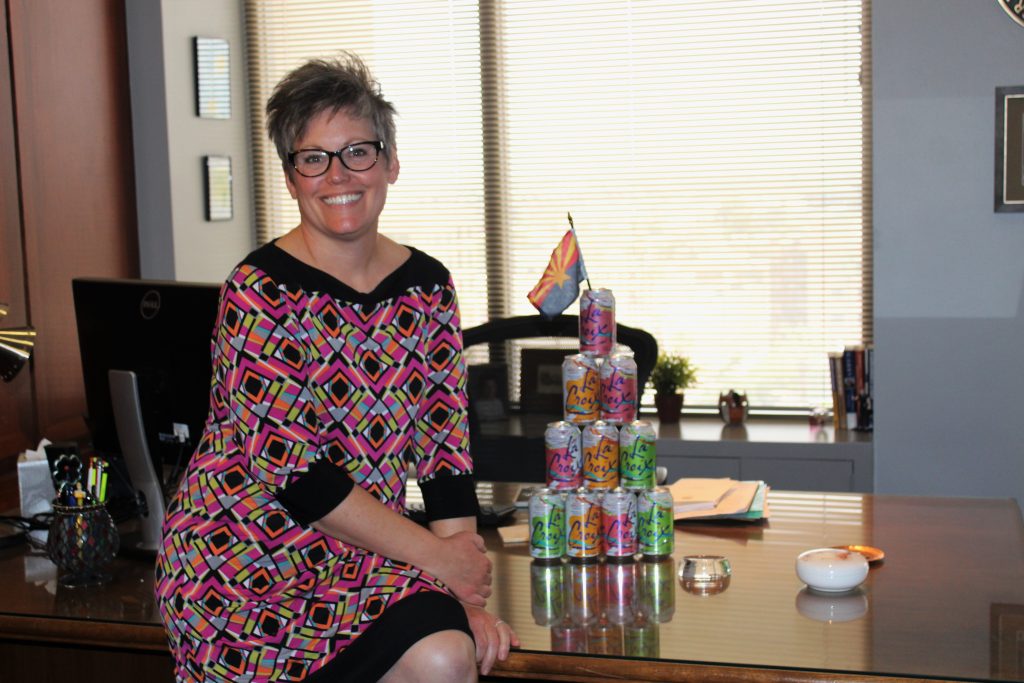 CI: How did you get into cycling?

KH: I used to ride to school, and I went to Seton Catholic High School. It was like five miles from my house. I had a cheap Target bicycle, but I was riding 10 miles a day. There was was a group of cyclists there and they organized this bike ride to Tucson — we went on the back roads. I didn’t make it the whole way; I got picked up by the SAG wagon, but it was super fun.

I was running and a lot of people that I ran with started doing triathlons. I didn’t know if I would be any good at it and it’s an expensive sport — you have to have all the swim gear and all the bike gear. I just started being like this triathlon groupie. I finally decided to try it and I bought a used bike from my friend who upgraded, and I still have that bike. I love triathlon because it’s more challenging and interesting than just running.

CI: Up until you started doing triathlons, were you mainly running?

KH: No. (Laughs.) I hated running. I tried to run in high school. I tried to run in college, and I never liked it. And then I finally started running when I was 40. It was somebody pushing me — who wanted someone to do races with.  And I love races. I have a hard time motivating myself to train or just go out and run but if I’m training for something, that’s what makes me do it.

CI: Would you consider yourself a competitive person? 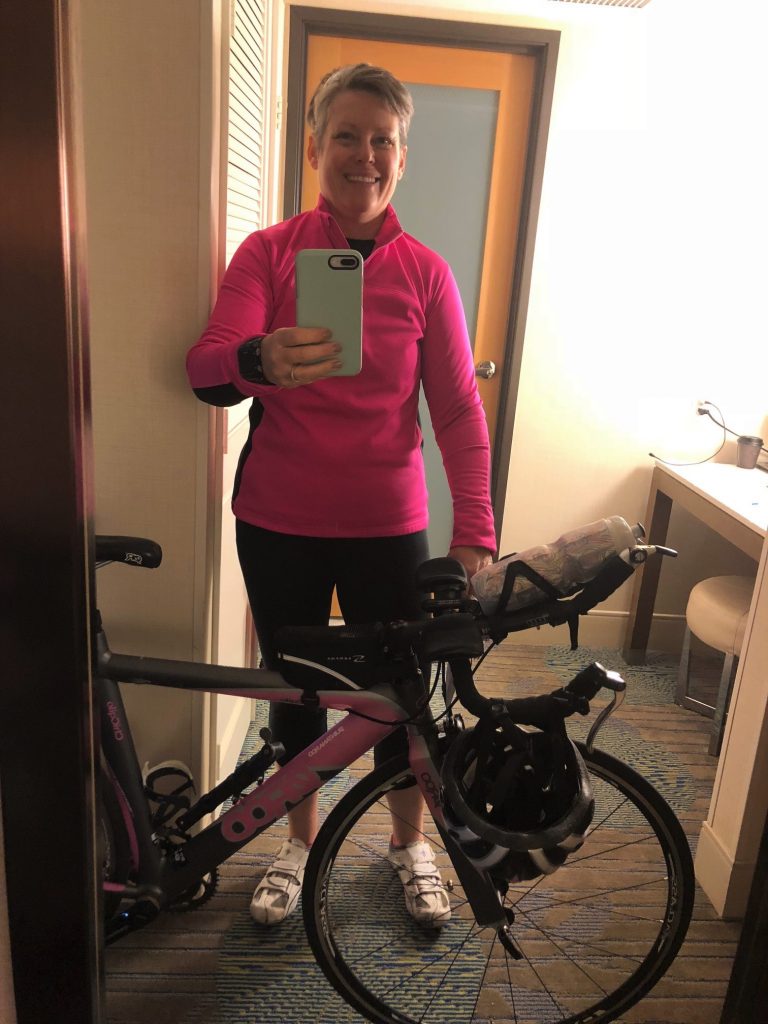 KH: I signed up for Tri for the Cure, which is a super-supported race. I think the idea is that most people come to triathlon from running, so the swim and the bike are the skills that people need. They do all kinds of swim clinics with swim coaches and they do supported bike rides, because even if people know how to bike, biking in a group is different — biking in a race is different — and so you learn all of those skills. So that’s a race I highly recommend as a first triathlon.

KH: I run but I never felt like a really strong runner — I’m not going to break any records or anything. The bike is the part I train the least on because it’s where I feel more comfortable. It’s probably where I feel strongest. Swimming is what I struggled with the most to the point where I couldn’t do a lap without stopping to catch my breath, and right now it’s my favorite thing. I’m at 2,000 yards and I’m under the time I need. I’m feeling really good about the swim, and I’m struggling to get into my running groove right now.

CI: What kind of training are you doing for your half Ironman in Santa Rosa?

KH: I wake up at 4:30 in the morning. I am doing a workout a day six days a week right now. I have a 16-week schedule and at some point in there it bumps up to two-a-days. Surprisingly, my evenings are pretty open right now. I’m just kind of switching it up — swim one day, ride the next day, run the next day. 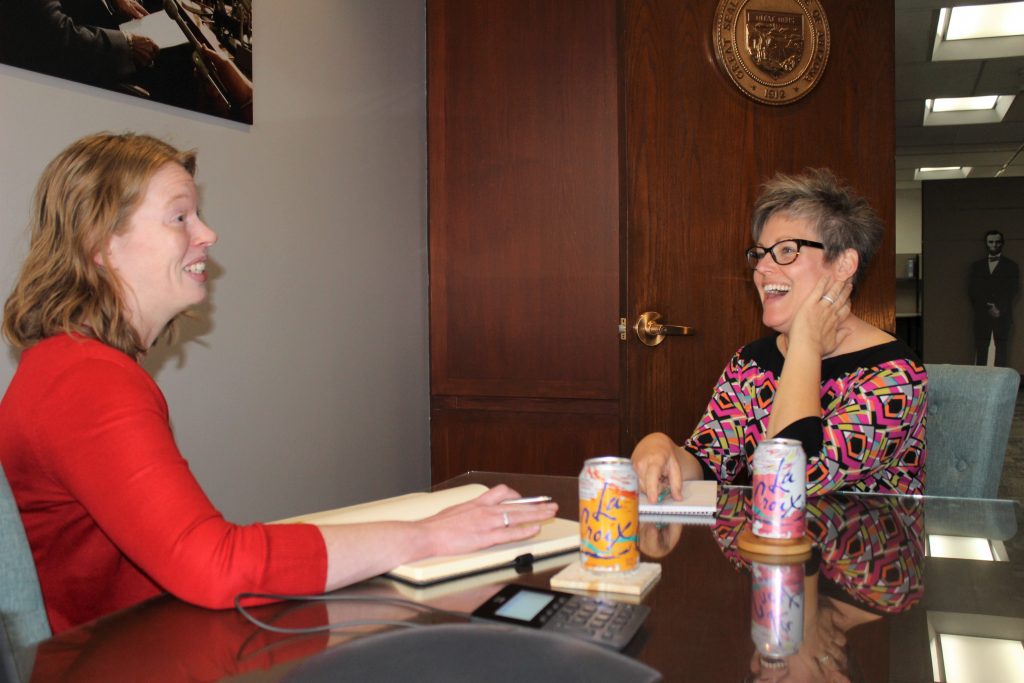 CI: What is the thing you like the most about triathlons or cycling events?

KH: For triathlon, it’s the challenge. It challenges me to push myself harder and get out of my comfort zone, which is kind of the same thing that politics does, and trying something I’m not necessarily very good at. I don’t know that I’ll ever podium, but I just want to finish and have a better time than the last time.

For the bike, whenever I try something new I need to know all the rules, so I need to know I’m following the proper etiquette. I think because I had those supported rides with Tri for the Cure that I feel pretty comfortable. I like challenging myself to push myself up the hill and passing people on the hill, passing dudes on the hill.

CI: Do you see any similarities between cycling and politics?

KH: Definitely the challenge piece of it and making yourself do something you didn’t think you could do but also just knowing the rules. There are definitely rules in politics that if you don’t understand them it keeps you out. Also knowing when to use your fuel.

CI: Is your family pumped that you do triathlons?

KH: “Pumped” might be a strong word. When I was training for a half marathon I was gone for hours on a long run, and if I didn’t have support to do that, I wouldn’t be able to do it. It’s the same with triathlon training.

CI: Is there anything you would say to other women who might feel conflicted on where they spend their time — job, partner, kids, being an athlete?

KH: It’s so cliche — they tell you on the airplane to put on your own oxygen mask before you help someone else because if you can’t breathe you can’t help. It’s what you’re doing to build yourself to be a better person — it makes you a better mom, a better wife and you can focus more on the things you need to if you take care of yourself. We too often put that last on our list. 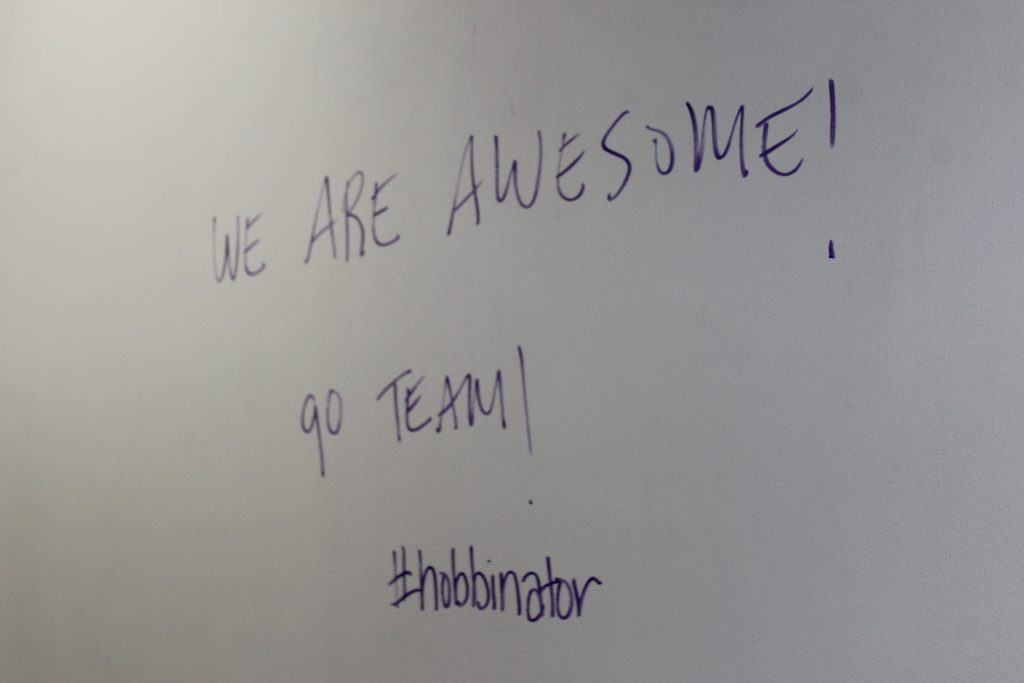 CI: Why did you decide to register for the Nogales Bicycle Classic?

KH: Mary Darling, the Santa Cruz County Democratic Party Chair — she told me this is coming up, and I looked into it, and it looks so great. I love that part of our state, and what a great way to really see it when you’re just not buzzing through in your car. And every race is a training race right now.

CI: Do you have any personal goals for Nogales Bicycle Classic?

KH: I think I really want to push myself. There are more hills than I normally do. The last race I did was the first time I had been on my bike in almost a year. I want to push myself harder and focus on helping myself get ready for Santa Rosa.

CI: What bike will you be riding in Nogales?

KH: I will be riding my Quintana Roo tri bike. 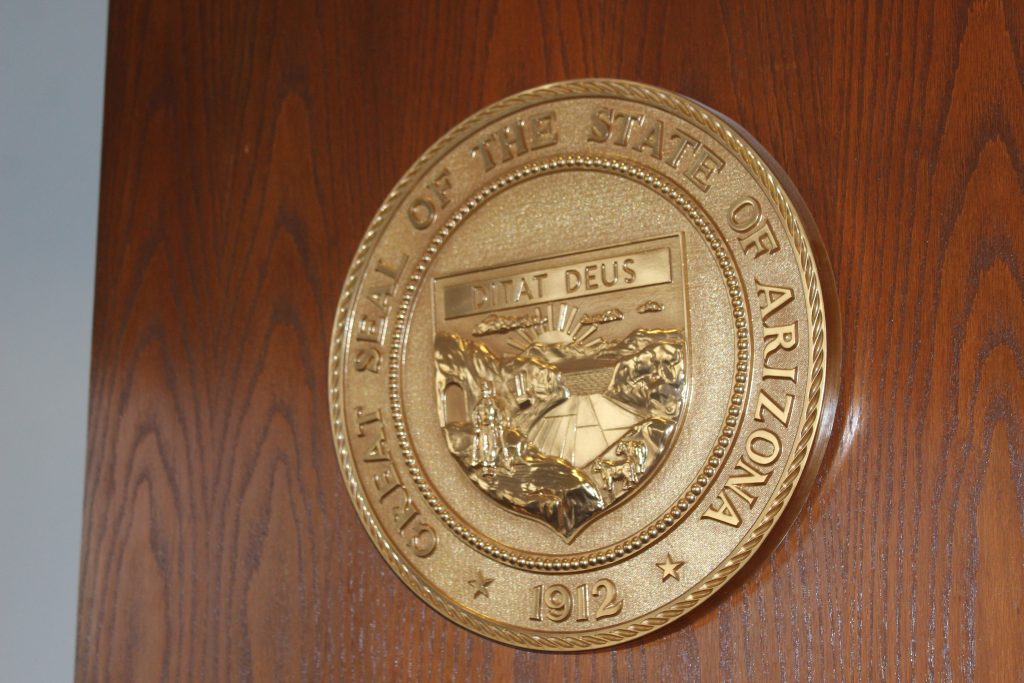 KH: When I was training for the Tri for the Cure and doing supported rides we would leave from the Village at Gainey Ranch, and that Paradise Valley area is super pretty, and Sonoran Desert Drive — I love that. If I’m by myself, I usually get on the canal and I get on at the Biltmore or near Central (Avenue) and go west; it goes under the streets — it’s a good long distance without stoplights and having to cross an intersection without a light. I think that’s one of my biggest issues — having the confidence to ride by myself when there’s traffic or the potential for traffic.

CI: Is there anything you would like to see change in terms of laws and protecting cyclists?

KH: A lot of it needs to come from local jurisdictions — we’ve seen Tempe is pretty good with bike friendly streets, some places in Phoenix, but I think those have to come with education for the public. In Phoenix there are those lanes that just have a green stripe in them — what does that even mean? I think it means the bike can take the whole lane, but cars don’t care and they get pissed off when there’s a bike in the lane and they don’t know how to treat it and they are dangerous around it.

So I think there’s more that can be done to create actual physical barriers. Some cities have a bike lane and then a curb and then the street so there’s a lot that can be done. Obviously, there are costs that come along with that.

CI: Do you think working with city leaders locally is the way to go vs. a sweeping state law?

KH: Certainly, the state could enact something, but if you tell cities you have to have this percentage of your streets to be bike friendly, that comes with a cost, and unless we are putting out resources to pay for that — which you know, we don’t have them — it’s really up to the city to decide locally what is best for their city and I think following the models of places like Tempe and Tucson that have done these things.