We’ve asked TBC veterans and locals alike how to make the most of TBC. Here are seven ways you can make it your best race of the season.

1. Manage effort on the prologue’s downhill; crank it up the climb.

Manage your effort a little through the first section on the fast downhill. It will allow you to get to that last section with enough gas to really go for it. This race is won by the rider who can stay very strong and build to max on the rollers and the final climb of this prologue. 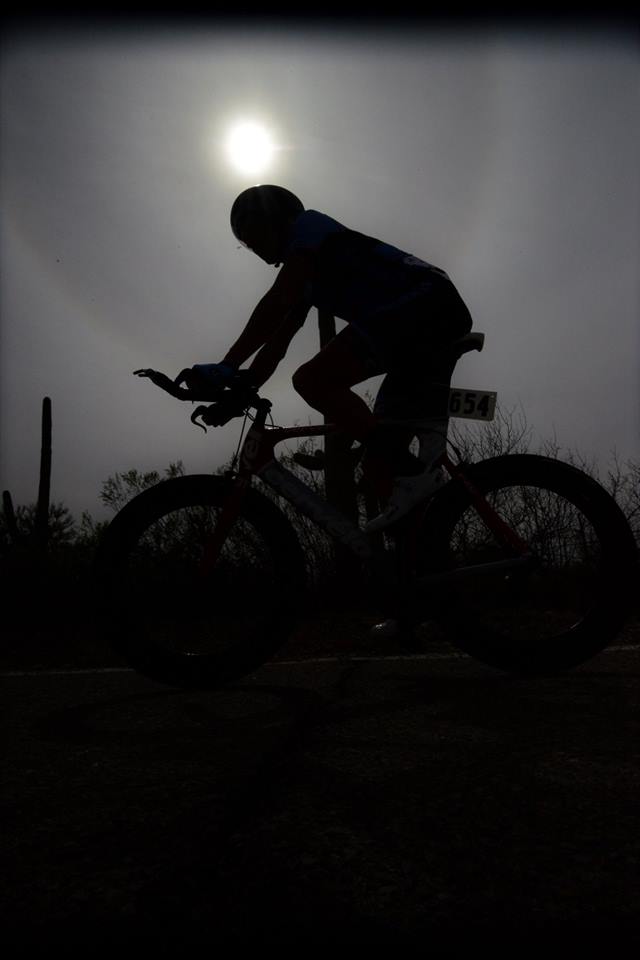 A rider takes on the TBC prologue. Photo by Damion Alexander.

2. Bring recovery foods to the prologue and the road race.

TBC’s prologue, which is in beautiful Tucson Mountain Park, and the road race, near Green Valley, are both far from a huge variety of food options. To translate: they are an average of 25 minutes each away from the Mercado San Agustin and 30-40 minutes from Whole Foods. So if you’re looking for Presta coffee and chocolate donuts for your post race fix or a salad and beet juice, you better pack a cooler. 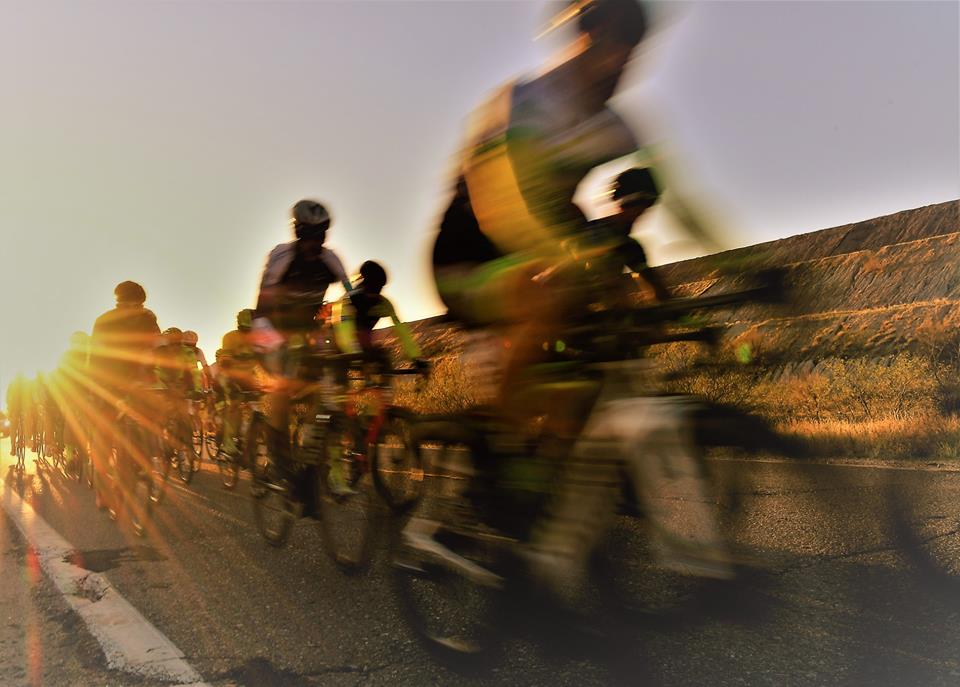 Riders in the early morning wave of the road race pedal through the sunrise. Photo by Damion Alexander.

3. Get the time bonuses.

Various time bonuses are available at the road race and the circuit race depending on your category. They range from one to three seconds for intermediate sprints and four to 10 seconds at the finish line, and they will come into play for most fields. Going in breaks to steal bonuses are one way, but if you believe in your sprint, taking them from the peloton is always an option. 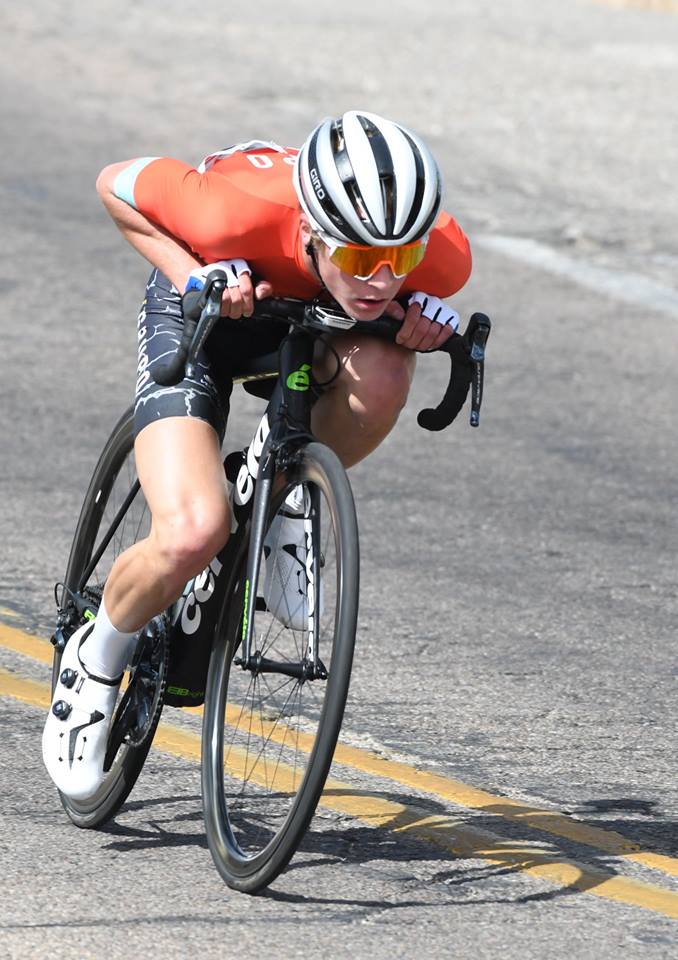 4. Take a moment to look around you.

Arizona is the only state that encompasses all four major North American deserts – Mojave, Sonoran, Chihuahuan, and Sonoran. If a single saguaro can live to be 200 years old, how old is the cactus forest surrounding you? And don’t forget 24 other species of cactus.

Whether riding or spectating at TBC, you’ll never have a boring view. After pedaling through the Tucson Mountains in the west at the prologue, the road race will have you flying through the vast expanses of the Sonoran Desert, and you can’t miss Helmet Peak.

Then it’s back to the rolling foothills of the Tucson Mountains for the circuit race. Turn toward the north to take in the stunning Santa Catalina Mountains or the Rincon Mountains in the east. Finally, experience a desert sunset over the silhouette of the Sky Islands – it’s unforgettable. 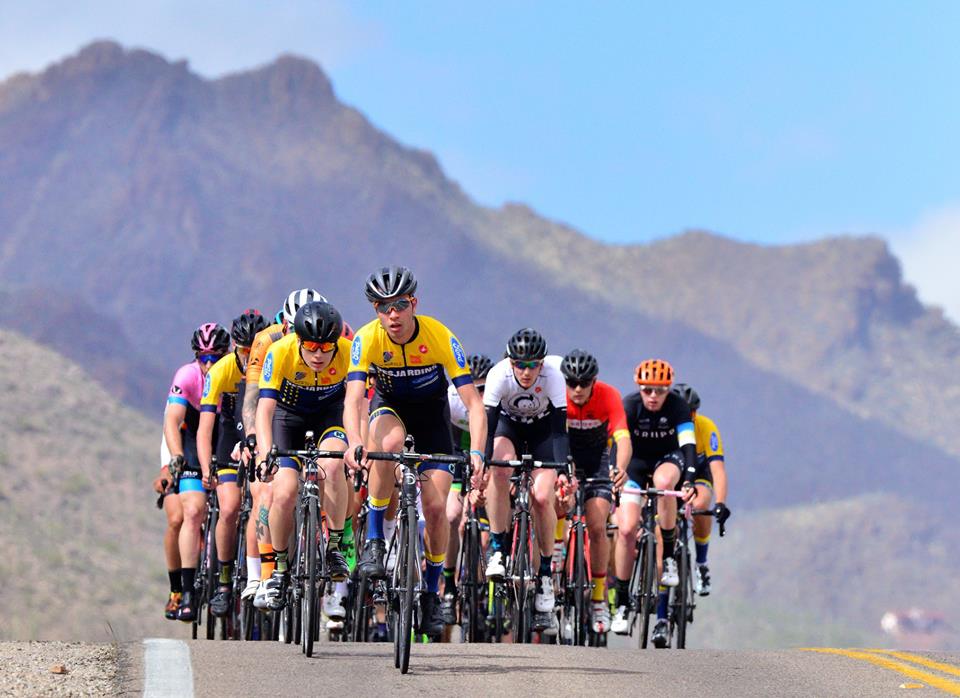 A Men’s field rides the circuit race with the Tucson Mountains in the background. Photo by Damion Alexander.

5. Be prepared for temperature changes.

You’re in the desert, and during this time of year mornings can still be chilly, even dipping into the 40s. But by mid-day, you’ll be shedding your outer layers as temperatures can heat up to mid-70s or even 80s. Choose your clothing wisely. 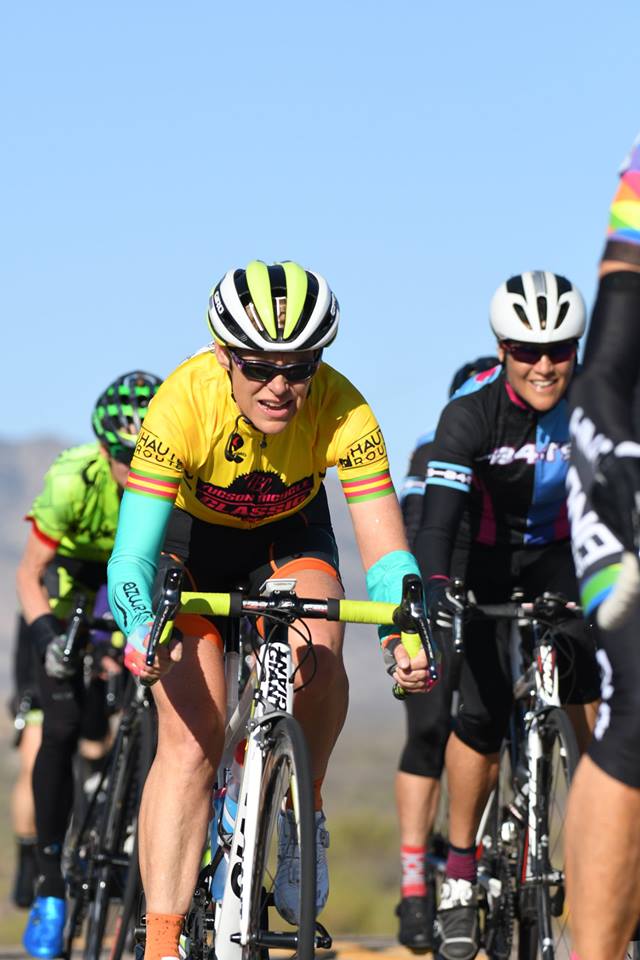 6. Rely on your teammates if you have them.

For TBC, it can pay to bring your entourage. Take the 2016 Pro Women’s race for example.  The field produced the most exciting epic battle between two teams that year: Hagens Berman | Supermint and Visit Dallas DNA Pro Cycling.

Visit Dallas was leading the general classification with Anna Sanders in the lead by five seconds after the prologue and the road race. But when it came time for the circuit race, Hagens Berman | Supermint rallied with perfectly executed teamwork so Scotti Lechuga, who was trailing Sanders in GC, could pick up the time bonuses.

It worked and Lechuga won by eight hundredths of a second in likely the closest finish in TBC history.

7. Go to the Mercado San Agustin.

Tucson’s Mercado San Agustin is to cycling as The Max is to Saved by the Bell.

Is there really any other place to hang out? No. And with everything you want after a bike race in one mission-style courtyard with plenty of warmth and sunshine, who would want to go anywhere else?

There are donuts. There is coffee. There are tacos. All in one place.

Choose how you want to up your donut watts at La Estrella Bakery, then chase it with Presta Coffee Roasters’ espresso or prickly pear tea.

After TBC, you’re going to want to eat a lot of tacos. Go to Seis Kitchen, also in the Mercado, and choose from a variety of street tacos – we like the chicken tinga the best.

36 hours in #Tucson with @nytimes includes food and commerce at #MercadoSanAgustin. Swipe left for the scoop. Link in bio for the full story. #downtowntucson #visittucson #MercadoDistrict #MSAAnnex #thisistucson